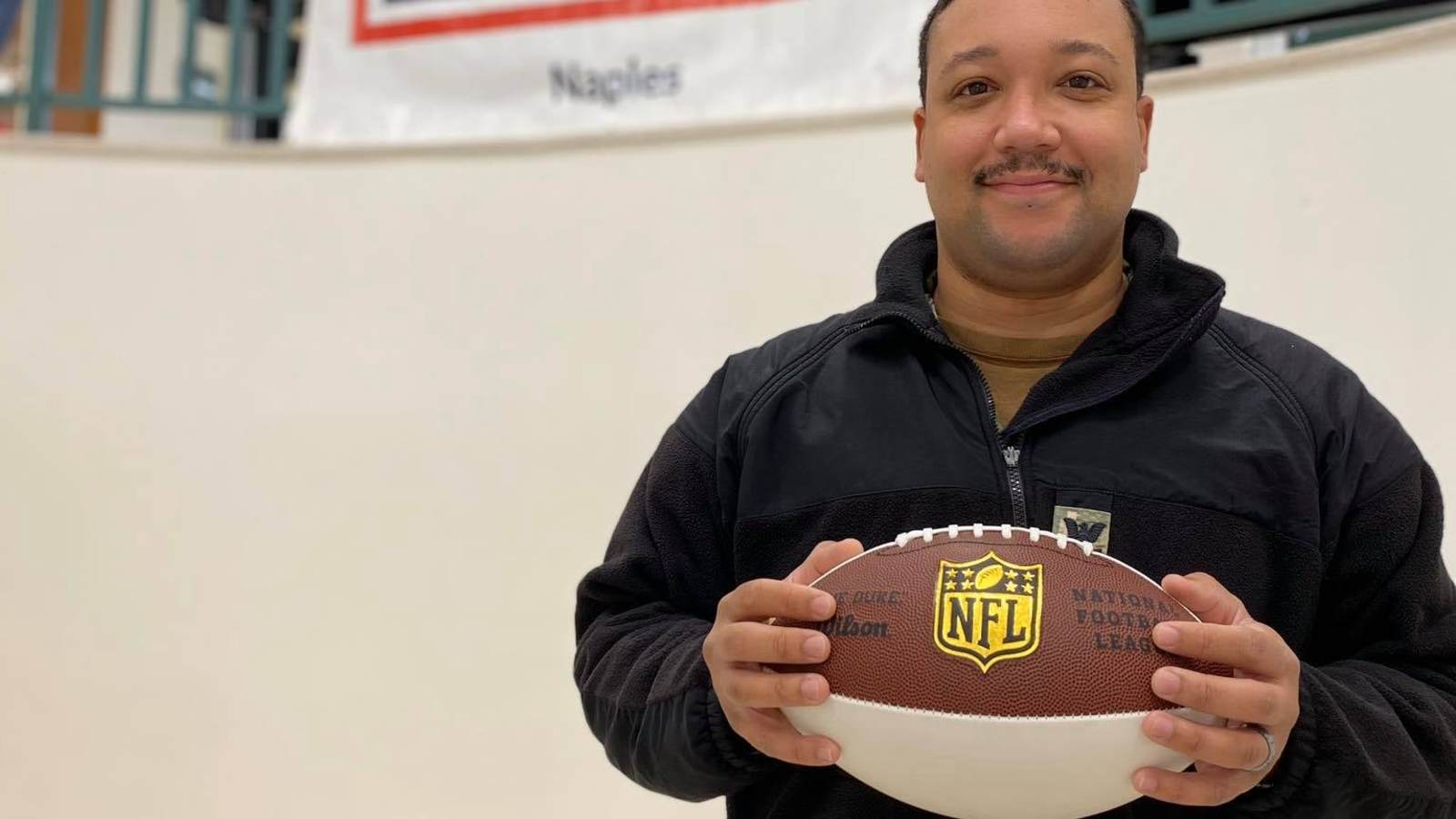 The USO Italy team had a busy month with the execution of a number of new wellness programs targeted to different audiences across Italy. The most exciting of the Italy programs, however, was the execution of a virtual Super Bowl Party. With a major partnership with USAA and the NFL, the USO Italy team was able to pull off an event full of prizes, smack talk, and trivia while livestreaming the biggest football event of the year. The NFL generously donated the use of the NFL Game Pass, giving the USO patrons across Italy the opportunity to watch a livestream of the game and the famed commercials despite the distance. Prior to kickoff, the participants gave their point predictions for the game with guesses ranging across the board. Not soon after the game began, however, the comments began to roll in that most point predictions were blown out of the water as the score creeped higher and higher. Intermittently, trivia questions were posed to test participants knowledge of the game as well as games prior. There were quite a few knowledgeable people that weren’t tripped up even with the hardest of questions. Raffles peppered the event with giveaways of mini Super Bowl branded NFL helmets and footballs courtesy of the generous partners at USAA. The winners of the trivia rounds received the most amazing prizes in the way of an autographed McCaffrey Panthers jersey and a football signed by too many MVPs and Hall-of-Famers to count. In the end, everyone went to sleep a winner as each attendee received a game program - a coveted collector’s item! Those few hours in the wee hours of the morning were filled with jokes and conversation that instilled a solid feeling of community and camaraderie despite the miles between everyone. USAA and the NFL sponsors made the event one those patrons will not soon forget.