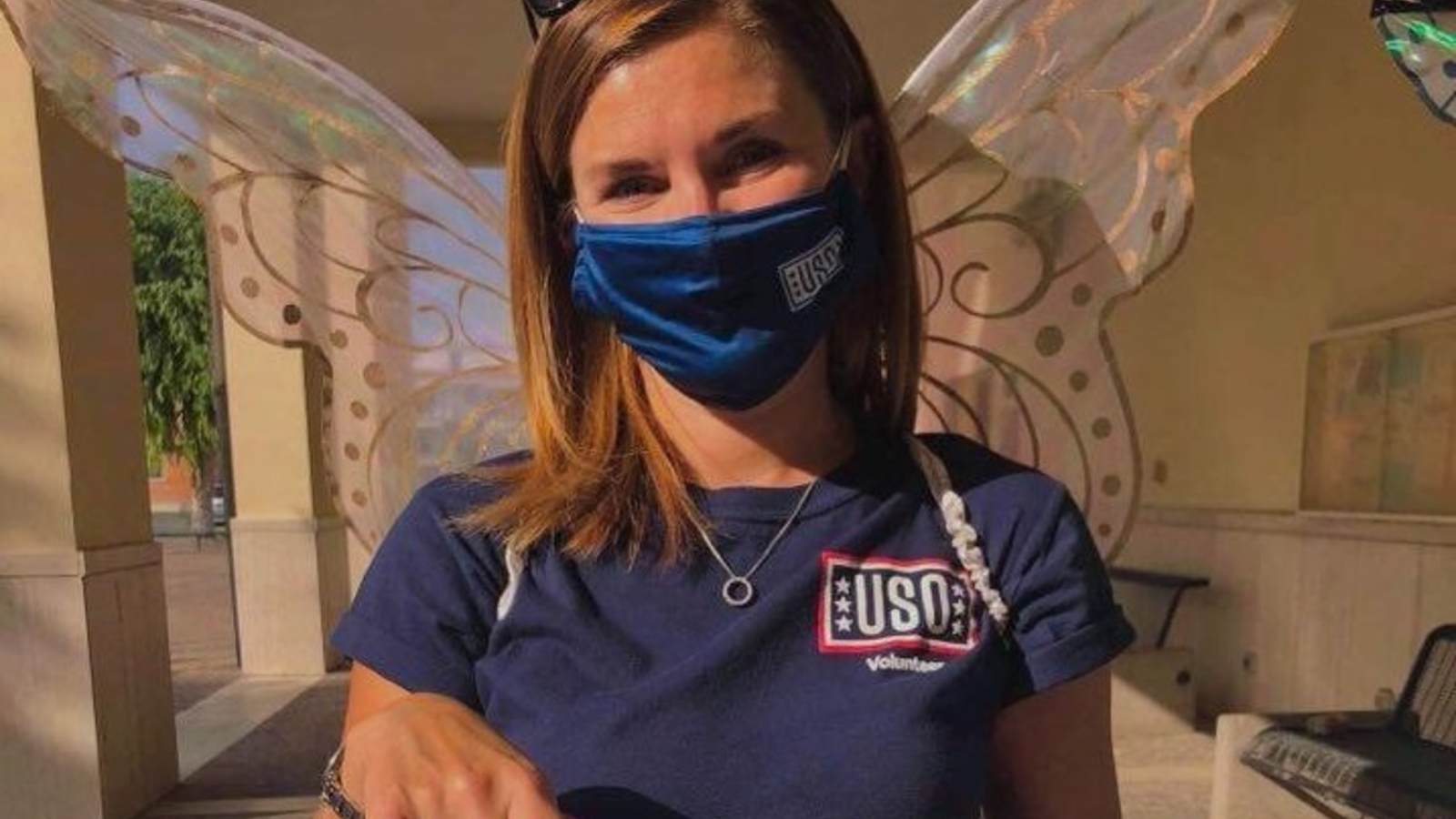 It is a well-known fact that the volunteers at the USO make all the difference in the daily operations. Even after everything they do, some volunteers still manage to seize the spotlight like Mrs. April Hofford Orona did last month.

April has been a volunteer with USO Naples since September of 2016 and has poured her heart and soul back into the community. Through hundreds of cookies baked, snacks served, and crafts created, April has become a staple member of the USO Naples team and the Naples base community. In her four years as a volunteer, April has volunteered over 380 times to reach a total of over 1000 lifetime volunteer hours!

April always approaches shifts with a positive attitude and such a willingness to give back to the community. She started by baking cookies for the USO while she was TLA and has not slowed down since. She’s a civilian spouse and a mother of two so the family programming is near and dear to her heart. Keep an eye out for her at the next Teddy Bear Club or Sweet Tooth Fairy to thank her for all of her tireless efforts to connect the sailors of the NSA Naples community to home and country.